Written by Whitney Bolland. All photos by Alex Buisse.

In one sense, Vivian Bruchez’s passion for big mountain skiing is no surprise. Bruchez, youngest of three, was born and raised by ski instructors amongst the steep mountains of the Chamonix Valley. His family’s story is entwined in the area’s history—they have inhabited the area since 1678. By three years old, Bruchez had joined his parents and two siblings on the slopes (all of whom still work in the ski industry as instructor or guides). By four, he had joined the competitive circuit, eventually competing in alpine skiing, ski cross, and freeriding. 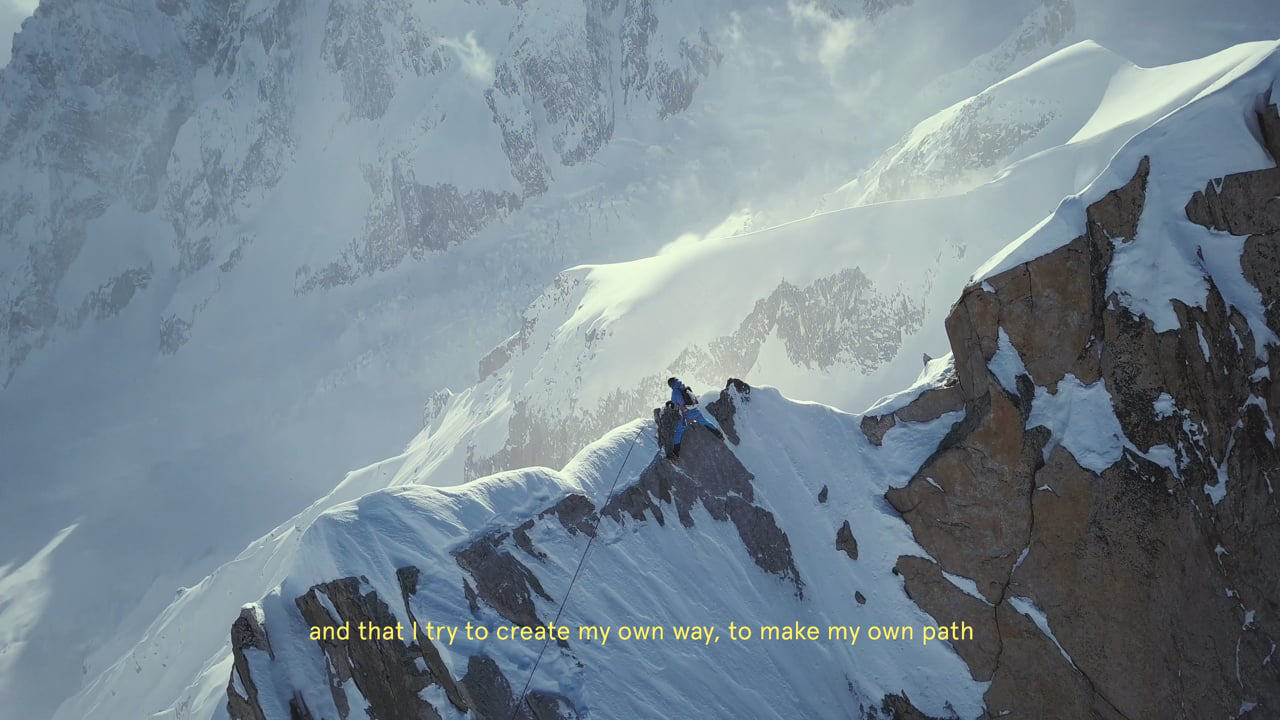 Exposure/2™ Collection | Vivian Bruchez in Chamonix from Mountain Hardwear on Vimeo.
Yet while Chamonix produces many talented skiers and climbers, Bruchez’s drive, motivation and vision are rare—and grew with time. Though competition framed his early skiing years, freedom was what drew him to the mountains. When Bruchez stopped competing at the age of 20, he shifted his focus to the high peaks. “Living in Chamonix, I came very naturally to the steep skiing passion,” says Bruchez. “When you live in Chamonix, there is always steep lines, and the mountains around you shape your vision of skiing. So that’s why, when I began to climb in the mountains, I thought: ok, where I can climb, I can ski. That’s the way.” 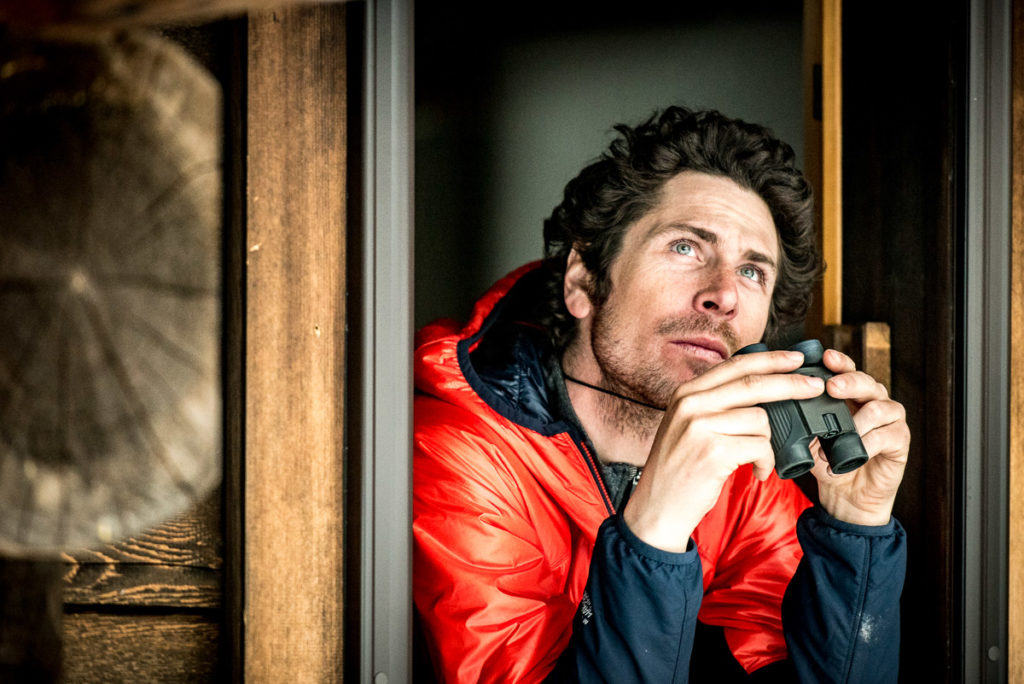 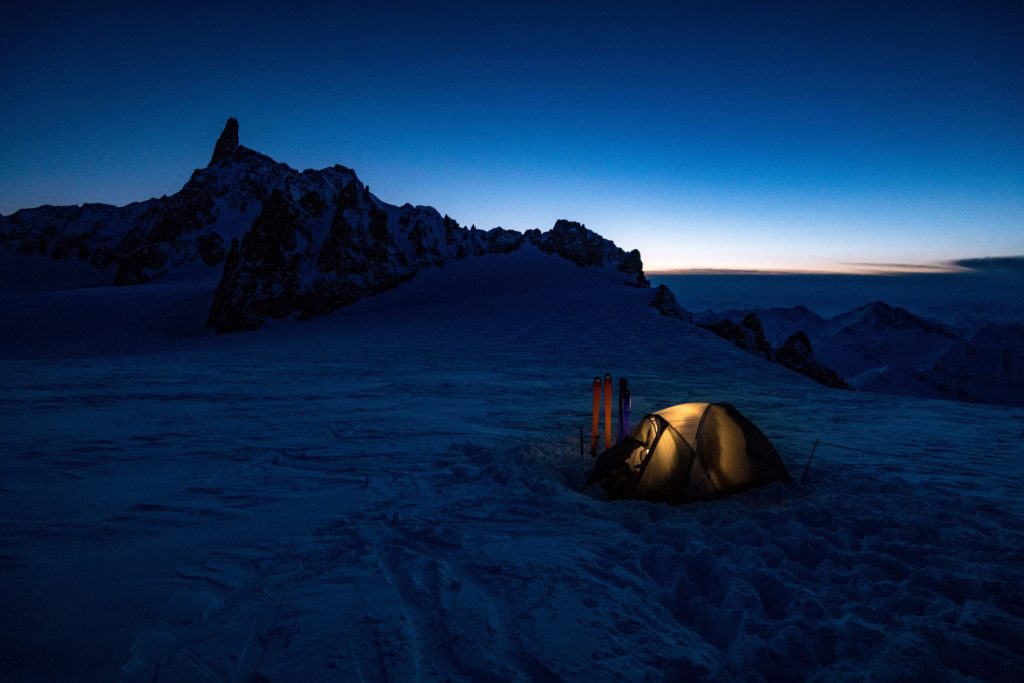 He took inspiration from other strong, resilient athletes, like the late Marco Siffredi, who made the first snowboard descent of a 1,000-meter line down the 55-degree slopes of Nant Blanc in 1999, which Bruchuz would later descend. “I remember he was young and had blonde long hair and rode very fast with his snowboard,” says Bruchez.

One of his greatest inspirations is Kilian Jornet Burgada, the prolific, titled pro runner and ski mountaineer who has won many of the most Herculean ultramarathons in the world. “He’s a very human person and I learned many things with this guy,” says Bruchez.

The first time they opened a new ski line together was in 2012, when they made the first ski descent without rappels on the Migot Spur on the Aiguille de Chardonnet. After that line, something shifted for Bruchez.

“From this point on, I focused on the vision to open new lines,” says Bruchez. “[Kilian] was, and is, a strong inspiration.” 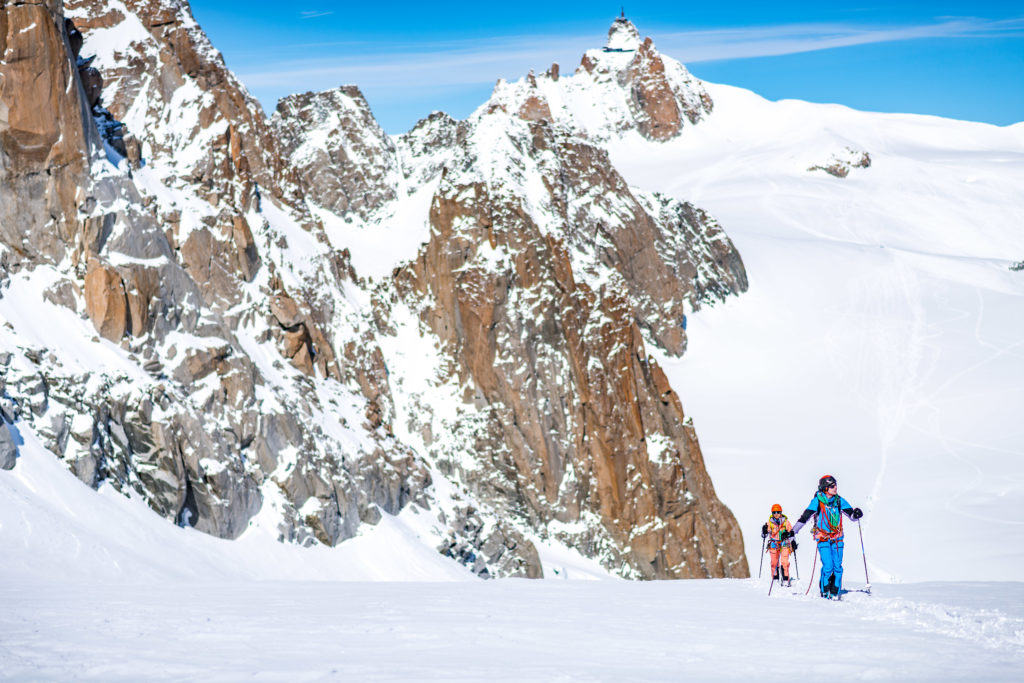 To open a first descent in a range as storied as Chamonix’s takes a special kind of creativity. While some saw the well-traveled peaks of the Mont Blanc Massif as having few remaining un-skied lines—a museum in the making—Bruchez’s had a different vision, one that blurred the boundaries of how skiing could be defined—and that only fresh eyes and untamed stoke could create.

“I don’t like to read the topo, I want to choose my own line,” says Bruchez. “If everyone wants to go to the left, I want to the right. The mountains are a big space for freedom. You can leave something there, something very big.”

His creativity and fresh perspective allowed him to combine his passions and skill sets the way a painter blends colors. “Steep skiing is a big balance between skiing and alpinism. For me, they are my two big passion, and the perfect mix, the perfect balance.”Out of this vision, he produced an impressive list of descents in 2018, all completed without rappels. In April 2018, Bruchez, Jean Baptiste Charlet, and Jonathan Charlet made the first ski and snowboard descent on a new line cutting across the northwest face of the Mont Blanc’s Aiguille du Dru—a 60° ribbon of snow with breathtaking exposure. This started a spree of descents culminating in the 1100-meter, 50-55 degree face of Nant Blanc in the Mont Blanc massif in June with fellow mountain guide Paul Bonhomme—a line that joined previously skied sections through a ribbon of technical dry skiing among exposed rock. 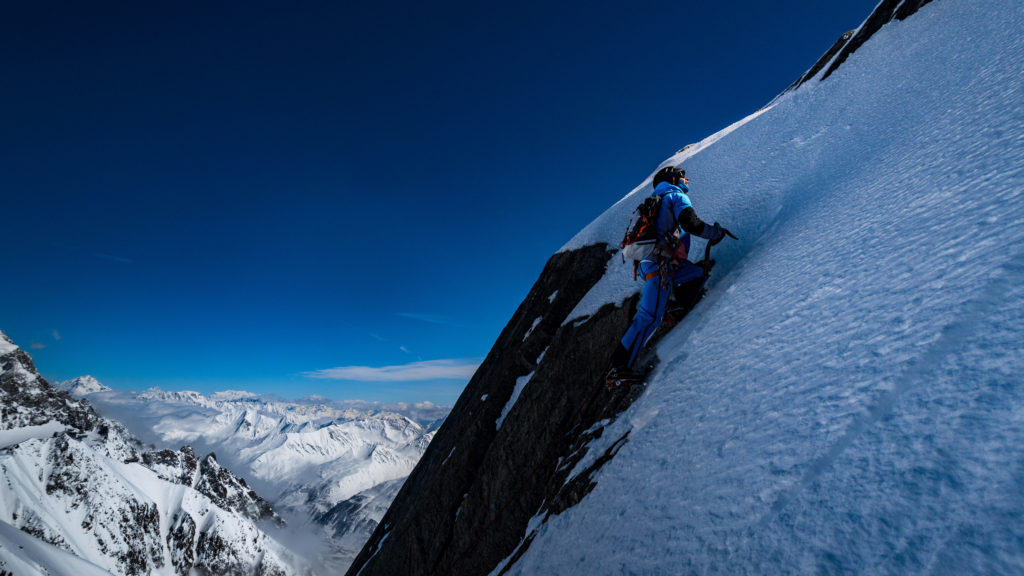 While toeing the edge between skiing and solo climbing are part of his craft, danger and fear are not. Close calls, including one near-miss with icefall on the Dru, have instilled in Bruchez a more measured approach. While new lines in Chamonix are part of his goal, he also has a desire for balance, to share all types of skiing with friends, and to always return to his growing family in the evening.

“I think this is the most important thing for me. That’s why I really love climbing in the Alps,” says Bruchez. “We have easy access to the mountains. Thanks to the big resorts, you can go up during the day and at the end you are at home with the family. That’s the real life.” This year he finished building a house in the Valley with his parents where he and his partner Marie now live with their 15-month-old daughter, Albane.

“When you are up there [in the mountains], you play. You can realize some of your dreams, and they are all very intense, but when you come back to your family, that’s another part of the life. Living in the Alps gives to you this feeling.” With a young family, staying close to home is his focus for now. “In a few years we will see about returning to the big, big mountains in the Himalayas,” says Bruchez. 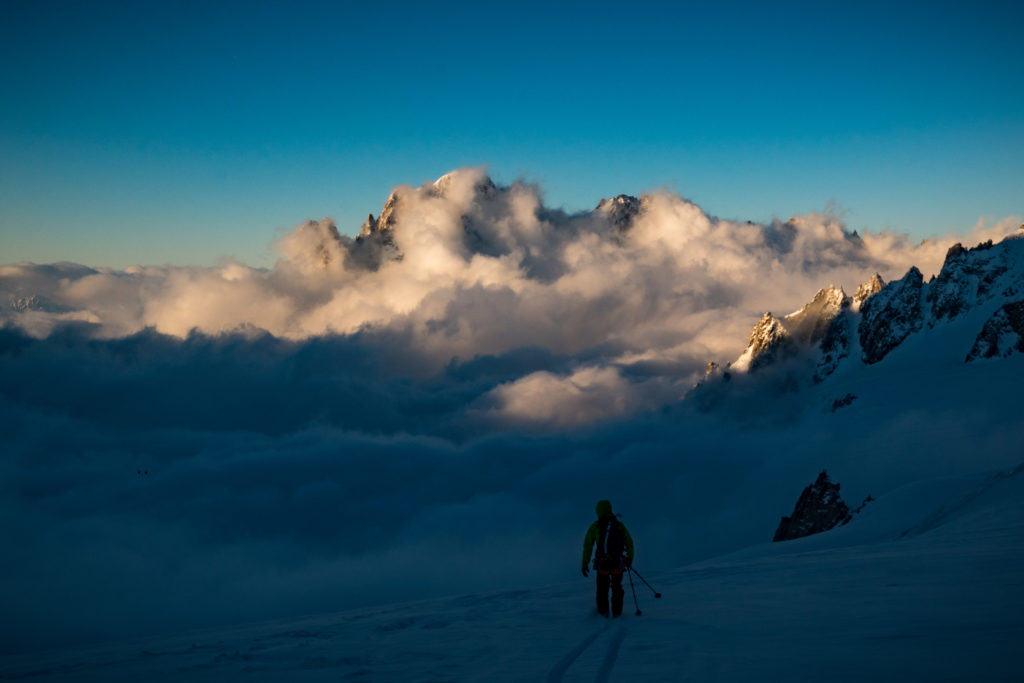 This balance of extremes creates a certain gravity, a weight to his endeavors that pulls him back to the valley floor. Here, humility balances his lofty goals in the alpine. As the coach for the ski team where he himself trained as a child, he’s helping raise the next generation of skiers: a full circle back to his roots. Now, Bruchez captures the emotion of his endeavors by writing, a source of inspiration for him.

“When I write about the different lines I did, I write who is giving me the idea and who skied before—that is really important. It gives to you the inspiration, it gives to you certain amount of humility. That is really important in the mountain. You are not alone in the mountain. You are not the first to stand on top…It’s good to tell who did it before, but also to tell that there are still good things to do. To find your line—To find my line.”
Url Copied to Clipboard
Share
share
Share
mail_outline
Previous Story
Next Story
View All Stories
Page generated at: Wed Dec 07 2022 12:41:00 GMT-0000 (GMT)
Remove Product?