GARRETT MADISON IS AMERICA’S PREMIER EVEREST GUIDE and the owner of Madison Mountaineering, a boutique guide service specializing in expeditions to the world’s most famous and formidable mountains. Madison began guiding in 1999 on Washington’s Mount Rainier, and he has since earned the reputation as the most successful Everest guide of all time, according to the number of clients who summited. Since 2009, he’s personally led more than 60 climbers to the top of the world. In 2011, Madison led the first expedition in history where climbers combined Everest and Lhotse, the fourth highest mountain in the world at 8,516 meters. The entire team reached the summit of the two 8,000-meter peaks in less than 24 hours, while Madison and one client managed to connect the peaks in 21 hours.

In 2014, Madison led the first successfully guided ascent of K2, arguably the hardest and most dangerous mountain in the world. He reached the summit with two clients and three Sherpas on July 27, 2014. Four years later on July 22, 2018, a team of eight clients, three guides, and 15 Sherpas reached K2’s summit. Madison regularly guides first ascents on unclimbed peaks as well as “Seven Summits” expeditions, which include Mount Vinson, Carstensz Pyramid, Mount Elbrus, Aconcagua, and Kilimanjaro.

As an Emmy award-winning producer, Madison works as a consultant on Everest and other big mountain film productions, including Sports Illustrated’s Capturing Everest. He’s been featured on CNBC, ESPN, and The Today Show, in addition to Outside and People magazines. Madison assists with product testing for Mountain Hardwear and speaks professionally about his mountaineering experiences. Despite all these accomplishments, Madison still cites his biggest achievement as zero climber deaths during his 20 guided expeditions to 8,000-meter peaks. Having observed hundreds of climbers in challenging situations before, during, and after major expeditions, Madison knows how to plan, pack, and prepare for success. Below is his best advice for a successful climbing expedition.

What can you tell a new expedition climber about getting all their gear from their home to their destination?
Take as much gear as possible on the plane, instead of shipping it beforehand. When embarking on an Everest expedition from Seattle, sometimes I have 50 extra pieces of luggage, but the principle is important. Instead of shipping freight, I prefer to take additional items with me on the airplane, that way it’s more likely to arrive when you do.
What about those excess baggage fees?
Generally the cost is about the same in the end, because if you are bringing “personal” items into another country, then you don’t have to pay the import duty on commercial goods. With freight, it’s often a 50% duty. The big challenge is recruiting enough helpers in the airport to transport the extra duffels!
Any other thoughts on transporting gear?
If it’s your first trip, you could source gear in-country, but for really specific stuff, that’s a gamble. If you know you’re returning, consider leaving a gear stash in the country, and try to keep as much expedition kit and personal kit there as possible. Rather than flying gear between continents every few months, I leave lots of equipment as close to the mountain as I can. That means less time and money transporting gear and is one way to cut down on my carbon footprint. 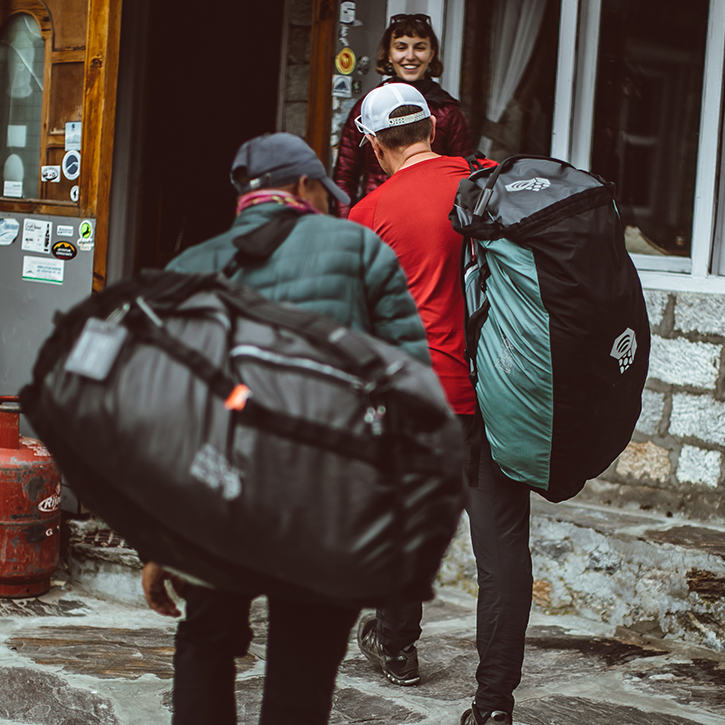 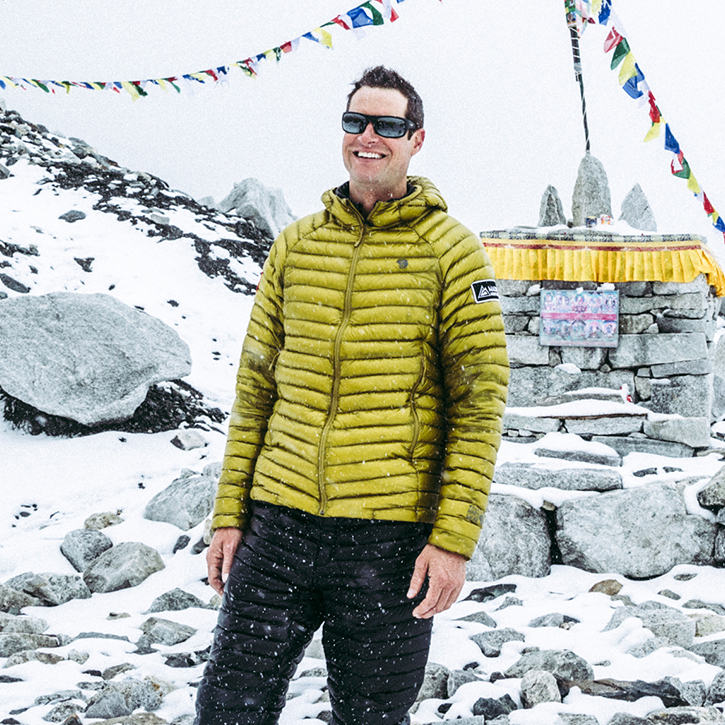 Any thoughts on what kind of gear to get?
I go with the best gear available. Once on an expedition, it’s usually very difficult or impossible to replace damaged equipment. While we can generally repair our gear, having top-of-the-line products is important for success. Try out any new gear before your expedition so you know how it works and for added peace of mind. It only takes one big windstorm to wipe out all the tents if they are not built to withstand 100 mph winds! That could be game over for an expedition.
Give us an example of the best gear.
For all of my expeditions I use the Trango 3 tent. This is the best four-season all-around mountaineering tent. It does great in high winds, provided it is oriented and staked out correctly. By having many Trango 3 tents on an expedition, if one piece of the tent gets damaged—which is bound to happen—we can substitute fly, pole, or tent body parts from another Trango 3. By having all of the same components, we can mix and match if necessary.
What mistakes do people make when packing?
I ask clients to compress and secure all items inside the pack. Stuff on the outside should be secured in a bomber way that’s actually intended by the manufacturer. If a water bottle slips out and tumbles down the route, it can kill someone below you. This has happened in the past. If you lose an ice tool you might have just sabotaged your climb, or worse, you might be in trouble getting down. Also, don’t have anything dangling about. All straps must be fastened or tied off securely. You don’t want to look like a walking junk show.
So I have all this gear at the trailhead. What do I carry?
Before starting the journey into basecamp, separate the equipment and food needed for the trek from the food and equipment needed at basecamp and beyond. You won’t need your crampons, ice axe, climbing harness, 8,000-meter boots, and summit suit on the trek. I ask everyone to pack those “climbing” items into a separate duffel that goes directly to basecamp. Then we pack a trekking duffel that has all of the essential items for the trek, such as our approach clothes, lightweight sleeping bag, toiletries, and hiking backpack. That duffel stays with us on the trek. This is much more efficient than having all of the expedition gear go with us on a long walk.
What should the interior of my pack look like?
When packing your backpack, think about accessibility. What you will need and when you will need it? If you are carrying your sleeping bag, that should probably go at the bottom because you won’t need that until the end of the day, as well as the extra socks, underwear, and snacks. The items that you might need during the day, like extra warm layers and hard shells, should go inside where you can get to them quickly. At the top should be the items you will definitely need during the day: water, snacks, sunscreen, camera, etc. You can also carry these items in the pockets of the clothes you’re wearing.
What kind of luggage should I get?
Big duffels are the best because you can pack quite a bit of stuff in them. Duffels with backpack straps are nice so you can hump it everywhere by yourself. If you have two people to move them, handles on either end are convenient. I personally travel with luggage that works in the city and on the mountain. It’s so much easier to have one system for everything. The Juggernaut wheeled luggage works in the airport and on the back of a yak, and the biggest one in the line has plenty of volume for expedition gear. 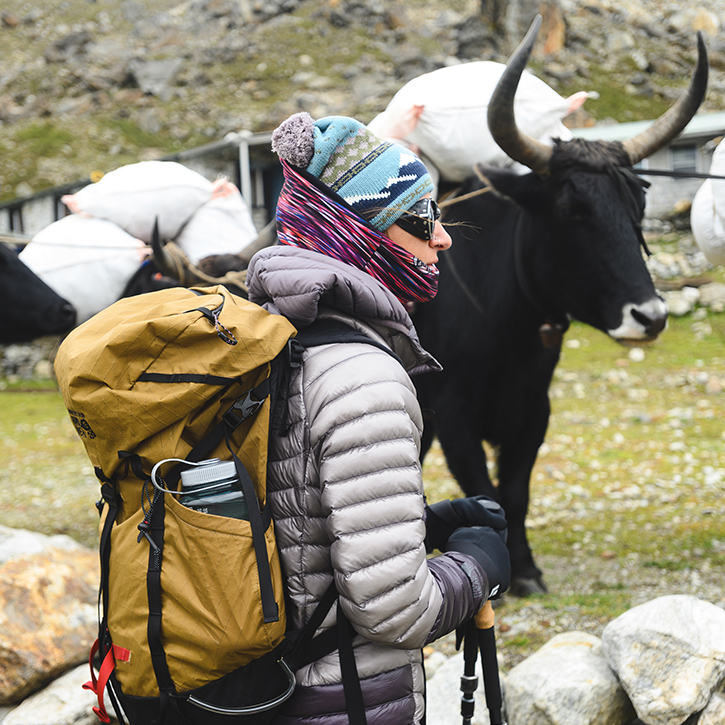 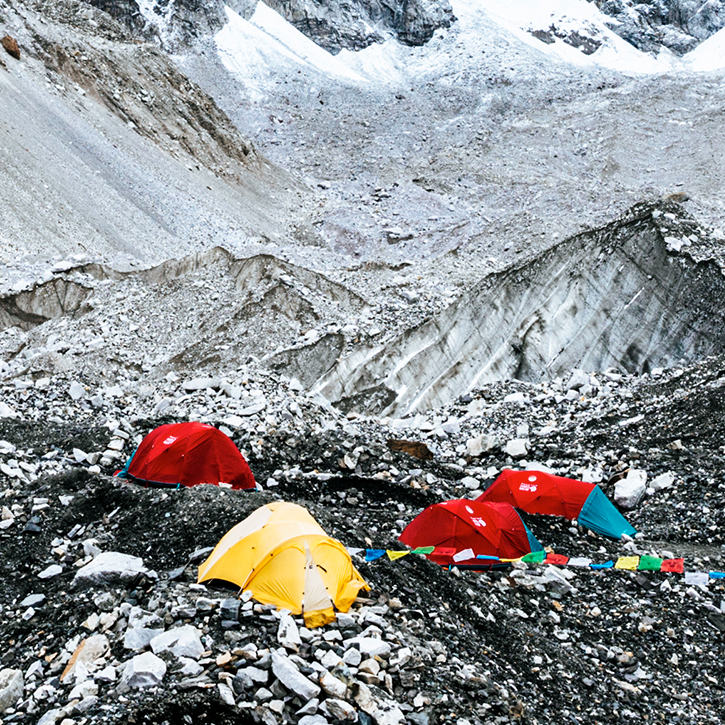 What mistakes do people make when packing?
Always use the built-in compression straps in the duffel bag or backpack to compress the load. When items are not properly secured, they shift around and can be more easily damaged. With your pack, it’s no fun to have the internal contents scattered about with a hard edge digging into your lower back.
Any other tips?
For complex expeditions, find a local partner who specializes in getting people to the area or peak you are going to. There are plenty of adventure agencies in every mountain range. You can find them online or ask around. There is no substitute for local knowledge. For the itinerary, know that it’s subject to change. Being on an expedition means venturing out into the unknown, and things will happen that change the schedule. Just be open and flexible to changes, while keeping the macro goals intact: 1) Safety. 2) Summit. 3) Fun.
MADISON’S 3 KEYS TO SUMMIT SUCCESS
(From an interview with Alan Arnette) ›

1 PREPARATION BEFORE THE EXPEDITION: Develop the fitness, climbing technique, and other experience necessary to have a safe and successful climb of Mount Everest. I’ve climbed with most of my Everest team members in the past, so I can help assess and prepare climbers on their journey toward Everest, and ensure they are in a strong position for a successful climb.

2 EXPEDITION STRATEGY: Once on the mountain, I believe strategy is key for success. An expedition team with good leadership, ample resources, and competent climbers will have the highest level of success. This includes the comforts of basecamp that allow recovery between rotations, such as fresh and nutritious food, spacious personal tents, and hot showers. The oxygen system, communications, weather forecasting, acclimatization process, and Sherpa and guide support are all essential parts of the equation.

3 CLIMBING AS A TEAM: Time after time up high on Everest, I’ve seen teams that are able to climb to the summit together, and make it down safely, whereas individuals not climbing as part of a cohesive team often run into trouble and turn around, or worse, they don’t make it down. When we climb as part of a true team where we support each other, work together to solve problems, and continue moving toward our goal, we are much more effective. When we are climbing as individuals, the chances are much higher that we will end up turning around when faced with an obstacle like high winds, precipitation, or an uncertain route. Sometimes climbers join a ‘team’ in the sense that they share an expedition permit, a basecamp, some high camps, and Sherpa support, but on summit day they don’t climb together or look out for one another. These are the climbers that have a much higher chance of dying on Everest, which I’ve seen firsthand. A notable example of this happened on May 19, 2012, when four climbers from other teams didn’t make it down to Camp 4 because they were too tired or ran out of oxygen, and no one was around to help them. 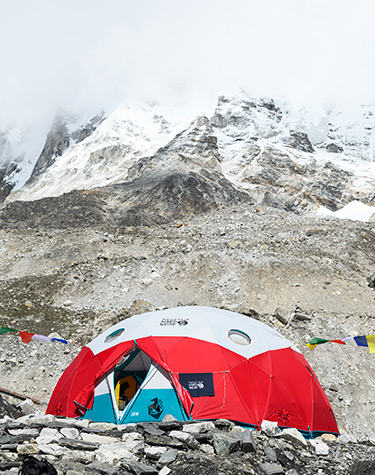 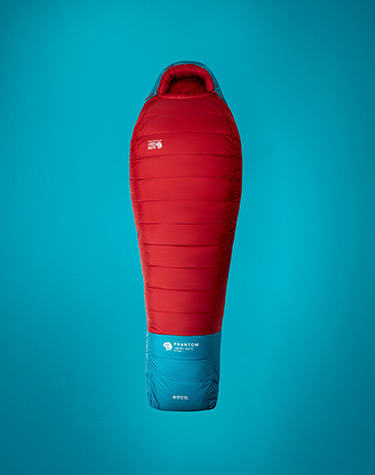 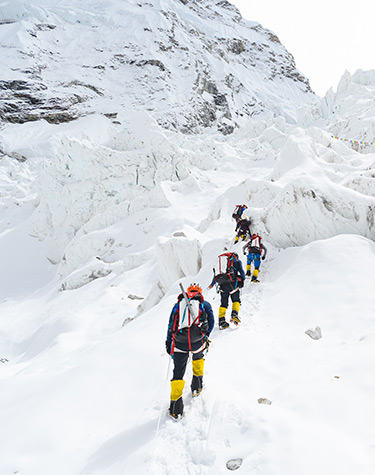 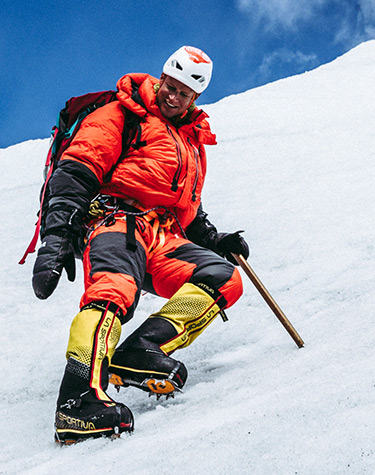